Today on the blog, I take a look at Sophia Bennett’s latest! (what do you mean I haven’t reviewed Love Song yet I AM TOTALLY ON TOP OF MY REVIEW SCHEDULE).

Author(s): Sophia Bennett
Publisher: Stripes
Publication date: 9 March 2017
Category: YA
Genre(s): historical fiction
Series or standalone?: series (#1)
Source: I received a NetGalley copy of this book in exchange for an honest review.
Find on Goodreads and The Book Depository

London, 1857. Young scullery maid Mary Adams has swapped her old-fashioned Kent village for the grandeur – and grime – of Victorian London.

But it’s only when she sees John Everett Millais’ depiction of the tragic Ophelia that this new world opens up for her. Caught in the irresistible circles of the Pre-Raphaelite Brotherhood, where passionate young painters break the rules of art, dress, and society, she finds herself drawn to a host of new friends and heart-pounding capers. To survive in London’s high society, she reinvents herself as Persephone Lavelle, but even as rumours abound about the mysterious new face of London’s exciting art scene, she will learn that keeping secrets in the glamourous city is not as easy as it seems. And if she must choose, what will she sacrifice for who she wishes to be – and be with?

Known for her chatty, ultra-modern YA – from fabulous teen fashion début Threads to brilliant bastion of boyband lit Love Song – Sophia Bennett’s first foray into historical fiction is pleasantly accomplished. Colourful, descriptive and neat, her prose here perhaps lacks the laugh-out-loud, natural feel of her contemporary work, but displays a remarkable shift to suit the genre.

This is accessible teen historical fiction for fans of Catherine Johnson, Julia Golding and Jacqueline Wilson. In fact, I couldn’t help feeling as I read that this book was everything I would’ve liked, but never quite obtained, from a Jacqueline Wilson historical if hers were not so simplistically or formulaically aimed at younger audiences: there is a richness, a patience, a stylistic satisfaction to Following Ophelia that simultaneously makes the novel engaging and refuses to underestimate readers. Bennett takes some fairly familiar ingredients (young maid, Victorian London, a well-to-do family, a secret world where class lines blur, a possible romance) and spins a story with just enough pluck to keep you reading. 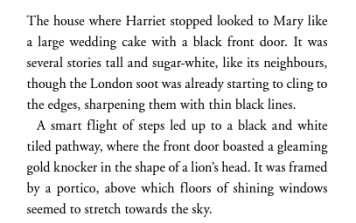 Mary Adams has one foot in the busy drudgery of life as a scullery maid and another in the tantalising escape of Pre-Raphaelitism, where rash and gifted painters are enraptured by her red hair and pale face, seeing her not as a changeling or curse but as a potential muse for great works. Finding herself drawn to talented young artist Felix, they embark on Hades and Persephone: the painting that will win him renown and free her from servitude. Mary’s secret life as Persephone sees her in cahoots with the vivacious Kitty and her scandalous brother Roly (“the most dangerous man in London”), while her everyday existence is brought down to earth with a bump by the seemingly antagonistic Annie, mysterious acquaintance Eddie, and the plight of her cousin Harriet. As the stakes get higher Bennett brilliantly takes the opportunity to explore issues involving agency, class, sexism, and lack of education. A particularly interesting look at the relationship between artist and model makes for a book which has its themes woven superlatively between escapades.

The book’s premise caught my eye because of the art, and it held my attention because of it. The discovery of the Pre-Raphaelite movement turns Mary’s narrative to glorious technicolour, and brings out the shine in Bennett’s prose. It may occasionally feel as if everything is a little too beautiful, but with entertaining cameos from some famous artistic figures – Hunt, Rossetti, Millais – and glittering insight into London’s high society, readers will be swept away by an eventful plot which cleverly segues from grimy servants’ quarters for glamourous parties sometimes within the space of a single chapter. Solidly, though not exceptionally, researched, the book glosses over some darker issues of Victorian Britain but has moments of real skill and has sequels in the pipeline, making it both an enjoyable read and a worthy recommendation for 11-14s.

Remarkably accomplished, eventful and enjoyable historical fiction with an interesting cast and some deliciously vivid description. I’m particularly excited to learn that this is the first in a series.